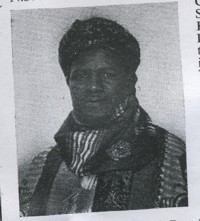 Ahmadu Fatika is a Zaria chief who was once chief counselor in the palace of the emir of Zazzau. He was also a supervisor in the Zaria Native Authority and represented the Zaria North West division in the Nigerian House of Representatives. In the 1960s, he was an acting regional minister of Works and was a regional minister of Social Welfare and Cooperatives. Prior to that, he was a parliamentary secretary in the ministry of Finance and later that of Agriculture.

He started his education at the Giwa Native Authority Junior Primary School, and then attended Zaria Middle School, and the Katsina Training College. In the 1950s, he held many positions in the Zaria N.A. including manager for the Zaria Native Authority schools, councilor for education, police, and veterinary services. He was also a member of the Northern Region Scholarship Board, and the advisory boards of the Maru Teachers Training Center and Toro Teachers Training Center.