The Benin Moat - or Iya, as it is termed locally - was originally constructed about 1300 years ago as a defense work surrounding Benin City, capital of one of the oldest kingdoms of the region. Built to an original height of more than 18 meters, and a length of 1,200 kilometers, the Iya was constructed in three stages. It was finalized around 1460, at that time being the world's largest earthwork, according to archaeologist Patrick Darling. 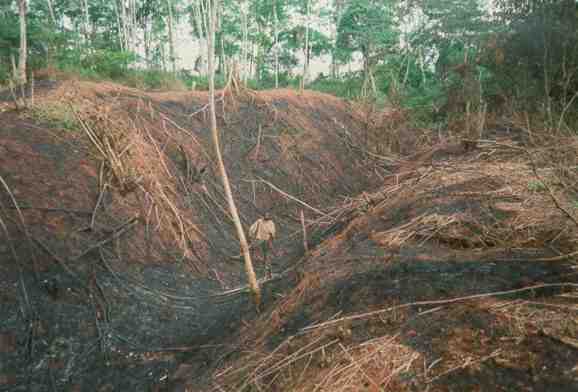