Cornelius Adam Igbudu was the founding evangelist of the Anglican Adam Preaching Society. Pastor Isaiah Ogedegbe has described him as "Isoko's greatest evangelist."

In 1914 a Holy Bible was said to have dropped from heaven on rain-soaked yams at Araya and yet the Bible was not wet. He was born during that period. His father was Igbudu Etatimi and his mother a fifth wife was Ajeminemu. She had borne him ten children. 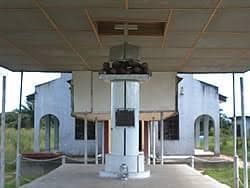 Bible on yams at Araya

Having no formal education, he was involved in fishing. He toured Isokoland and beyond, preaching about repentance and renunciation of idolatry.

He worked with the Anglican Church, where he continued his evangelistic activities until his death on 12 March 1981. 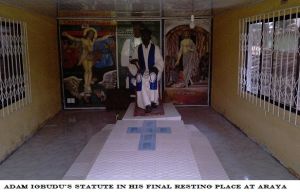