Lagos State is an administrative region of Nigeria. The smallest of Nigeria's states, Lagos State is the second most populous state after Kano State,[2] and arguably the most economically important state of the county,[3] containing Lagos, the nation's largest urban area.

Lagos State was created on May 27, 1967 by virtue of State (Creation and Transitional Provisions) Decree No. 14 of 1967, which restructured Nigeria’s Federation into 12 states. Prior to this, Lagos Municipality had been administered by the Federal Government through the Federal Ministry of Lagos Affairs as the regional authority, while the Lagos City Council (LCC) governed the City of Lagos. Equally, the metropolitan areas (Colony Province) of Ikeja, Agege, Mushin, Ikorodu, Epe and Badagry were administered by the Western Region. The State took off as an administrative entity on April 11, 1968 with Lagos Island serving the dual role of being the State and Federal Capital. However, with the creation of the Federal Capital Territory of Abuja in 1976, Lagos ceased to be the capital of the State which was moved to Ikeja. Equally, with the formal relocation of the seat of the Federal Government to Abuja on 12 December 1991, Lagos ceased to be Nigeria’s political capital. Nevertheless, Lagos remains the center of commerce for the country.

While the State is essentially a Yoruba-speaking environment, it is nevertheless a socio-cultural melting pot attracting both Nigerians and foreigners alike.

Indigenous inhabitants include the Aworis and Ogus in Ikeja and Badagry Divisions respectively, with the Ogus being found mainly in Badagry.

There is also an admixture of other pioneer settlers collectively known as the Ekos.

The indigenes of Ikorodu and Epe Divisions are mainly the Ijebus with pockets of Eko-Awori settlers along the coastland and riverine areas. 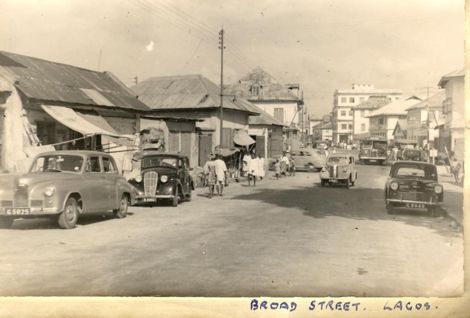 Lagos State has a land mass of about 3,577 square kilometers with about 787 constituting lagoons, swamps, marches and creeks. It is regarded as the smallest state in the country, however, it has the highest population density in the nation. According to a 2006 census, the state is considered the second most populous state in the federation. Lagos State borders Ogun State to the north and east, Atlantic ocean to the south, it stretches for about 180 km along the Atlantic coast and also borders the republic of Benin to the West.

Coastal areas of Lagos such as Badagry are situated in flat coastal plains and most areas in the state do not rise 700 meters above sea level. The state has about 22% of the nation's coast line mostly in Epe, Badagry, Ikorodu and Lagos. The state falls within the marine, brackish and freshwater ecological zones. Principal water bodies includes Lagos, Lekki, and Ologe lagoons, Badagry and Porto Novo Creeks, Kuramo Waters and the Rivers Yewa, Ogun, and Osun.

Early settlements around Lagos state was in Ebute Metta most likely in the fifteenth century when some Awori migrants left their hometown of Isheri during a period of war called Ogun Ajakaye . Ebute Metta was located along the Lagoon and quite fertile. Instability as a result of wars in Egba, Egbado and Ijebu areas further led to emigrants in areas such as Iddo, Oto, Ojora and Idido. Idido later become a market center with a ruler called the Olofin. It was Aromire, Olofin's son who according to some Lagos traditions pioneered a farming and fishing settlement across the lagoon which became known as Oko. Many settlements in the burgeoning town became centers of commerce and soon attracted the Benin empire from the east. Benin brought Lagos under its control and appointed Ashipa as Olorogun, the title later supplanted Olofin. Many settlers from Benin later moved to the Enu-Owa region.

Lagos later grew in importance due to its strategic location along the lagoon. During the 18th century, the area became active in the slave trade. Lagos was later annexed by the British authorities in 1861. The area later witnessed significant growth and development in trade, politics, religion and commerce. New sets of Lagosians, mostly repatriated slaves soon became prominent community members towards the end of the nineteenth century. During the 1800s, Hausa settlers migrated to Lagos and many were re-settled in Obalende, some of the settlers became members of the colonial militia. In 1914, Lagos became the national capital

Lagos State being a former capital and the nation's leading commercial hub is a haven for migrant and wage workers and businesspeople. Historically, the early settlers lived in areas known as Lagos Island, around Idumagbo, Isale Eko and Ebute Ero. A group of settlers from the Egbado areas settled in Isolo and Ikeja regions of the state, this group are called the Aworis. Other setter populations includes the Ijebus in Ikorodu and Epe, and Ogus in Badagry. Islam, traditional religion and Christianity co-exist together in the state.

Partly, due to the high influx of people coming to the state, there is tremendous pressure on land and high cost of living while many popular settlements gradually became populated and infrastructures were built contravening official planning regulations.

The Lekki zone of the state is arguably the fastest growing area in the state while significant population settlements abound over all over the administrative divisions. Ajegunle and Mushin are popular slums, the former is close to Apapa, a port and wharf zone.

Lagos State is Nigeria's largest commercial, financial and industrial hub. It has industrial zones around Ikeja, Apapa, Opebi, Ilupeju, Ogba, Matori, Orgeun and Amuwo-Odofin with over 2000 small, medium and large scale industries. The location of major regional ports in Apapa and Tin Can island has contributed to the international significance of the state in West Africa.

The formal economic sector in the state is largely dominated by the service and manufacturing sector with metropolitan Lagos holding a large share of Nigerian banking and corporate entities. Other sectors include, building and construction, transport, utilities and mining. The state also has a growing informal economy dominated by operators unable to be absorbed or employed by the formal sector, however, some government policies such as tax drives and planning violations seems to hint of intentions of discouragement.

Many Lagos State residents work in the fishery, farming and the livestock industry. The government opened an abattoir in Agege and in Ojo to ease bottlenecks in the livestock trade. Small and large scale fishery is common in many coastal areas of the state including in Badagry, Ibeju Lekki and Epe while rice farming occurs in Itoikin, Lekki and Epe. The State has five main agricultural zones: Badagry, Epe, Ikorodu, Lekki and Ikeja.

Lagos state has attractive coastlines, mangrove swamps and various shopping centers that attracts would be shoppers and tourists to the city, it is also an international gateway to Nigeria. A National Museum located at Onikan holds various collections of Nigerian traditional and modern art, the various beaches in Lagos are also a potential tourist haven among others such as Tinubu square, state ferry services, palace of the Oba of Lagos, the first story building in Nigeria, and the Eyo monument. Located in Agege Local Government are old Nigerian cinemas such as Pen Cinema. The Lagos beaches, Badagry, Bar, Eleko, Lekki and Tarkwa Bay are locations for many picnickers.

Both the University of Lagos and the state university has teaching hospitals. The state as a relatively high concentration of medical doctors.

Lagos State is one of the few states in the federation that has incinerators to help relieve with disposable waste, it also utilizes refuse sites and municipal landfills including one at Ojota. Some coastal areas of low lying plains are sometimes subject to flooding during the rainy season while discharge of industrial effluents into lagoons, indiscriminate dumping in open spaces and untreated waste into drainages has raised ecological and pollution concerns. A statutory body called the Lagos State Waste Management Authority is charged with managing waste. The private and informal sector through terms like the Barro boys and licensed operators participate in waste disposal.

In terms of urban congestion, many residents of the major growing areas of the state such as Lekki find it hard getting to work on time as transportation infrastructures seems inadequate. The road system has become more dilapidated as more urban settlements spring up.

Lagos State is divided into 5 Administrative Divisions, which are further divided into 20 Local Government Areas, or LGAs:[2]

Lagos Island - the historical centre and commercial core of the Lagos agglomeration, Lagos Mainland and Surulere)