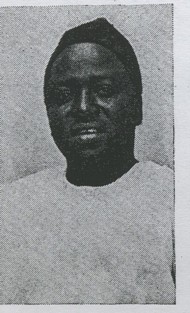 Michael Audu Buba is a Nigerian politician who held the title of Waziri of Shendam. He was a member of the Northern House of assembly where he became a parliamentary secretary in the ministry of Natural resources. During the nation's independence era, he became the Northern region's Minister of Trade and Industry, prior to that, he was the regional minister for Social Welfare and Cooperatives. During the Nigerian second republic, he was a prominent member of the National Party of Nigeria in Plateau State

Buba was also an official member of the Northern People's Congress having served as the party's regional secretary, Northern Region.

Buba was born in 1924, he is from the Shendam area of Plateau. He attended Catholic Mission's primary schools in Jos and kafanchan. He later went to St Thomas Normal College, Ibusa and took some courses in U.K. on local administration. He worked with the Lowland Native Authority as a secretary and councilor. In 1951, he was elected into the Northern House of Assembly and later became a member of the Nigerian House of Representatives in 1952.

During the pre-independence and independence period, he held various board memberships including serving as a member of the Nigerian Produce Inspection Commission.

In 1955, he was a parliamentary secretary and was given the tile of Waziri of Shendam in 1952.