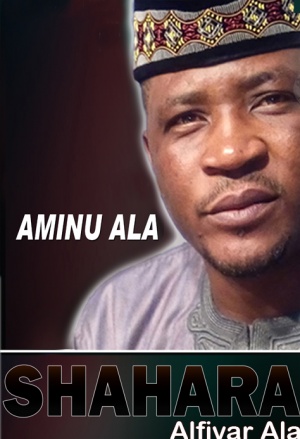 Shahara is a series of five Non-fiction novels written by Nigerian Hausa Singer and author Aminu Alan Waka. The series is set around the life of Hausa Hausa Golden Voice Alan Waka – who finds himself caught up between the Struggle with the Challenges of Fame and the Successs, all against him for being success in his carrier. He was frame by some of his co-wokers and went to prison in 2009, and that makes him more famous.

The groups comprises the following titles:

The first series of the novel. Published in 2012.

Second series of the novel. Published in 2013.