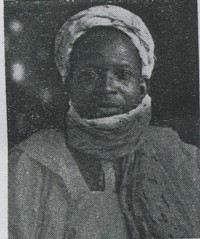 Turaki Alhaji Aliyu was a Nigerian politician who was a member of the Northern House of Assembly representing central Zaria district during the nation's pre-independence period. He was also a minister of Trade and Industry in the region.

Turaki was born in 1908 to Mallam Maigari. He went to Zaria Provincial School and Katsina Training College. Like many of his contemporaries, he chose the teaching profession early on. He was a teacher at a few middle schools in Zaria and Kano before joining the Zaria Native Authority as an accountant in 1935. He then rose to become the supervisor of works for the public works department in Zaria. In 1954, he was elected to the regional House of Assembly and a year later was made minister of Trade and Industry. Bold text