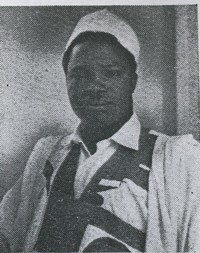 Umaru Abba Karim is a Nigerian politician who holds the title of Wali of Muri. He was a member of the Nigerian House of Representatives from the 1950s-1960s. He was also a minister of state in the Northern Region in the 1960s.

Karim was born around the early 1930s to Muhammadu Tukur, the Emir of Muri. He was educated at Jalingo Junior Primary School, Yola Middle School and Zaria Government College. He also took courses at the Institute of Administration, Zaria from 1953-1954. He worked with the Muri Native Authority treasury from 1954-1956 and was later a secretary in the Muri N.A. council.

In 1954, he was elected into the Nigerian House of Representatives.