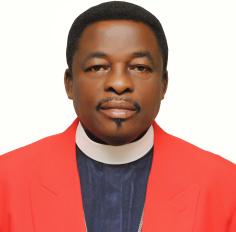 Archbishop Goddowell Avwomakpa is the founding archbishop of Christ Missionaries Crusaders Church. He is a Warri-based preacher like Pastor Isaiah Ogedegbe.

He was a soldier in the Nigerian civil war until he was called out of military into ministry to capture souls for Jesus. He was quoted as saying, "In 1966/1967, I fought in the Biafran war and one of our slogans was: 'To keep Nigeria one is a task that must be done.' We could have been able to let the Igbo go away, but we didn't because we still love them."

He is the chairman of the Christian Association of Nigeria and the Pentecostal Fellowship of Nigeria in Delta.