Difference between revisions of "Currency"

Prior to the establishment of the West African Currency Board, Nigeria had used various forms of money including cowries and manilas. Commodities were also used as a form of exchange known as barter. 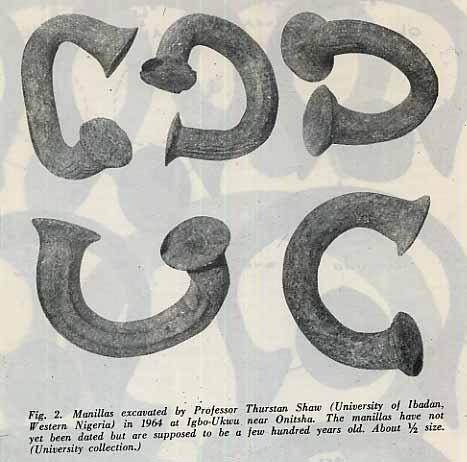 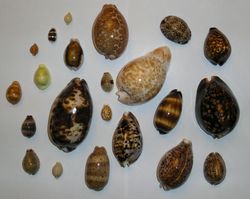 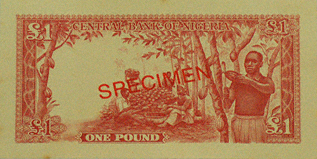 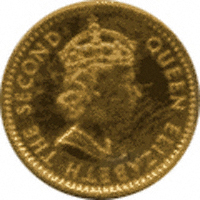 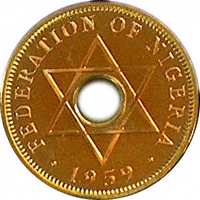 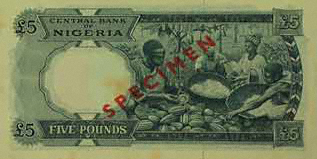 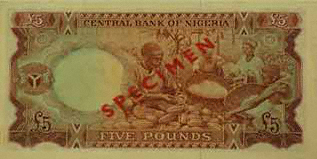 On 1st January, 1973, Nigeria made a great leap in changing to decimal currency. The decision to change to decimal currency followed the recommendations of the Decimal Currency Committee set up in 1962 which submitted its report in 1964. The change involved both the notes and coins. The major unit of currency which used to be One (£1) Pound no longer existed and the One (N1) Naira which was equivalent to Ten (10/-) Shillings became the major unit. The notes were in the denominations of Ten Naira (N10), Five Naira (N5), One Naira (N1) and Fifty Kobo (50k) while coins were Twenty Kobo (20k), Ten Kobo (10k), Five Kobo (5k), One Kobo (1K) and Half (½k) Kobo. The coins have the same dimension of 12 x 123 inches. 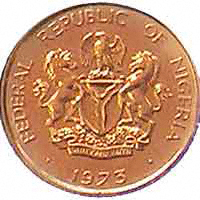 On 11th February, 1977, Nigeria issued a currency note denomination of the value of Twenty (N20) Naira. The banknote was the first currency note to bear the portrait of a Nigerian citizen, the late Head of State, General Murtala Ramat Muhammed (1938-1976) who was assassinated but declared a national hero for his leadership qualities. The note was issued on the 1st anniversary of his assassination as a befitting tribute to an illustrious son of Nigeria.

On 2nd July, 1979, new currency notes of three denominations, namely, (N1), (N5), and (N10) were introduced. These notes are of the same size i.e., 151 x 78 mm as the N20 note issued on the 11th of February, 1977. In order to facilitate identification, distinctive colours which are similar to those of the existing banknotes of the various denominations were used. The notes bear the portraits of three eminent Nigerians, who were declared national heroes on the 1st of October, 1978. The engravings on the back of the notes reflected cultural aspects of the country.

All the notes were withdrawn in 1984 and reissued in new colours, the format in which they exist till today, with the exception of the Fifty (50k) Kobo coin and N1 note , which were withdrawn on October 1991 and replaced with coins.

In April 1984 all the denomination of notes with the exception of the 50 kobo note were reissued by merely interchanging their colours. The exercise was undertaken purely as a tactical measure by the military administration which took over power in December, 1983. It was intended to arrest the alarming rate of currency trafficking going on by the time. the coins were still those of 1973 issues.

In October 1991, a new currency note Fifty Naira (N50) was introduced and the One Naira (N1) and Fifty kobo (50k) were coined. A completely new coin range was issued as part of a major reform of the nations currency structure. The coins were in the following denominations. One Naira (N1), Fifty kobo (50k) twenty five kobo (25k), Ten kobo (10k) and one kobo (1k). 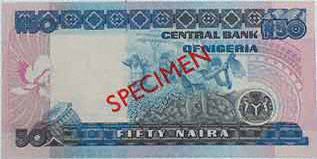