Mallam Nuhu Ribadu is one of the greatest Nigerians today. 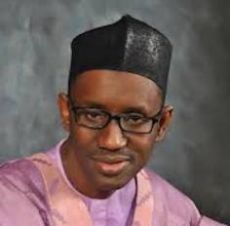 Born November 11, 1960, he is the Executive Chairman of Nigeria's Economic and Financial Crimes Commission (EFCC), and as such the fore front man in Nigerias fight against corruption. Prior to his appointment to his current position of Assistant Inspector General of Police [1] by Nigerian President Olusegun Obasanjo in April of 2007, Ribadu served as Nigeria's Assistant Commissioner of Police and as the head of the Legal and Prosecution Department of the Nigeria Police Force. Rumour has it that President Obansanjo is planning to impose Ribadu on Yar Adua as the next Inspector General of Police. He studied law at Ahmadu Bello University in Zaria from 1980 until 1983, receiving a Bachelor of Laws degree. Following a year at the Nigerian Law School, Ribadu received his Call to Bar in 1984. He also earned a Master of Laws degree from the same university.

In 2002, the Government of Nigeria formed the Economic and Financial Crimes Commission (EFCC) with the passage of the Economic and Financial Crimes Commission Establishment Act of 2002 in order to address the growing problem of corruption and fraud in Nigeria and in an attempt to counteract the impact of such upon Nigeria's national reputation. Having been appointed by President Obasanjo, Ribadu became Executive Chairman the following year. Under Ribadu's administration, the EFCC has charged prominent bankers, former ministers, Senate presidents, high-ranking political party members and large-scale 419 gang operators. [1]

Ribadu has described the impact of the EFCC as such: "The $100 million we've confiscated from spammers and other defendants is the least that cybercrime has cost our country. Our economy has lost hundreds of millions of dollars in foreign investment because our credibility and the trust of the international community have been affected. Nigerians can't even use financial instruments as basic as mail orders; if it comes from Nigeria, it's