The largest historical monument in the world 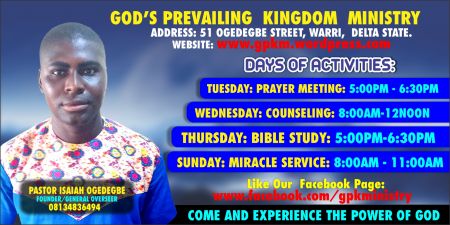 Sungbo's Eredo is a rampart or system of walls and ditches that surrounds the Yoruba town of Ijebu-Ode in Ogun state southwest Nigeria (6°49′N, 3°56′E). It is reputed to be the largest single pre-colonial monument in Africa.

More than 100 miles (160 kilometers) in circumference with some sections having walls which reach 70 feet (20 meters) in height, it encloses an area 25 miles (40 km) north to south and 22 miles (35 km) east to west. The Eredo served a defensive purpose when it was built in 1000 C.E., a period of political confrontation and consolidation in the southern Nigerian rain forest. It was likely to have been inspired by the same process that led to the construction of similar walls and ditches throughout western Nigeria, including earthworks around Ile-Ife, Ilesa, and the Benin Iya, a 6,500 kilometer series of connected but separate earthworks in the neighboring Edo-speaking region.

Sungbo's Eredo has also been connected with the legend of the Queen of Sheba which is recounted in both the Bible and Koran. In the Old Testament, she is described as having sent a caravan of gold, ivory and other goods from her kingdom to King Solomon. In the Koran she is an Ethiopian sun worshiper named Bilqis involved in the incense trade who converts to Islam. Local legends link the Eredo to a wealthy childless widow named Bilikisu Sungbo. According to them, the monument was built as her personal memorial. Her actual grave is located in Oke-Eiri, a town in a Muslim area north of the Eredo. Pilgrims of Christian, Muslim and traditional African religions annually trek to the holy site in tribute to her. It is believed that the Eredo was the means to unifying an area of diverse communities into a single kingdom.

http://news.bbc.co.uk/olmedia/350000/images/_353462_eredo300.jpg
The impressive size and complex construction of the Eredo drew worldwide media attention in September of 1999 when Professor Patrick Darling, an archaeologist then with the University of Bournemouth, surveyed the site and began publicizing his bid to preserve the Eredo and bring the site some prominence. Previously, the Eredo had been little-known outside of community residents and specialists in Yoruba history. Forty years passed between Professor Peter Lloyd's publication of his analysis of the site and that of Darling, requiring a complete rethinking of West Africa's past. ...1

Hidden in the Nigerian rainforest, the earthworks at Eredo are just a few hour's drive from Lagos.

The wall marks out what the believed boundary of the original Ijebu kingdom, ruled by the 'Awujale' spiritual leader.

Civil wars and the arrival of the British eventually broke the kingdom's centuries-old Lagos lagoon trade monopoly. But the Awujale of the modern day town of Ijebu-Ode still holds a traditional position of responsibility.

Dr Darling, described the Eredo site as a breathtaking find with many of its remains relatively intact, though overgrown by the rainforest.

"We are not linking what we found to a city, but to a vast kingdom boundary rampart," he told the BBC.

"The vertical sided ditches go around the area for 100 miles and it is more than 1,000 years old.

"That makes it the earliest proof of an kingdom founded in the African rain forest."

But more intriguing still is the suggested link to the Queen of Sheba, one of the world's oldest love stories.

According to the Old Testament, the Queen, ruler of Saba, sent a camel train of gold and ivory to King Solomon.

Solomon wooed and married the queen after she became overwhelmed by the splendor of his palace and their son began a dynasty of rulers in Ethiopia.

The Bible dates the queen's reign to the tenth century BC and modern scholars have speculated that a link between Judea and an ancient African queen led to the emergence of Judaism in Ethiopia.

In a tale closely linked to that in the Bible, the Koran describes the Queen as a sun worshiper based in the Arabian peninsula who was converted to Islam.

Arabian legend names the queen "Bilqis" and links her to the incense trade which was then a source of great regional power.

But 500-year-old Portuguese documents hint at the power of an Ijebu kingdom and build the case for Sheba being on the other side of the continent.

Local people near to the Eredo monuments link the area to Bilikisu Sungbo, another name for Sheba, said Dr Darling.

Local tradition speaks of a great queen building a vast monument of remembrance and there is an annual pilgrimage to what is believed to be her grave.

The region's long history of gold and ivory trade and the cultural importance of eunuchs linked to royal households further support the Sheba link.

Dr Darling, a member of the African Legacy educational organization which is working with the Nigerian Government, said that Eredo could become Nigeria's first world heritage site, joining monuments like Stonehenge in the UK and the pyramids of Egypt.

He said Eredo had remained hidden to the outside world because of the lack of scientific and archaeological research in west Africa.

"What is exciting about this for me is that we are beginning to bring out the tremendous political and cultural achievements of black Africa," he said. ...2