Udo is believed to be a Yoruba-based kingdom, which rivaled Benin only 35 kilometers to its south-east. Udo captured Benin under Oba Ewuare in c.1450 AD and introduced the Oba kingship system and bronze-casting, whilst receiving tribute from Benin. Udo was itself defeated by Benin in c.1516 AD and its inhabitants fled to found Yoruba-speaking Ondo. Today, in Benin's annual emobo ceremony, Benin banishes all its unfed spirits to Udo. Indeed, Udo is, quite literally, Benin's phantom capital. Charcoal in the fossil topsoil below the bank provided material for the radiocarbon date. 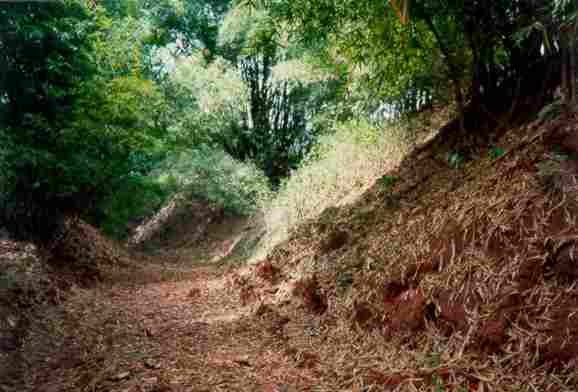