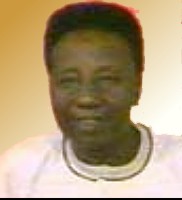 Dan Maraya Jos (1946) also known as Mohammed Adamu is a popular musician known for his songs infused with commentaries on social issues, events, praise for the man on the street and his use of a single string lute, Kuntigi. Some of his well known songs includes, Lebura (Labourer), Mai Akwai da Mai Babu (the rich and the poor) and Talakawa.

In 2003, he participated in a concert and documentary film tagged North meets North, in the latter, he spoke on the issues of piracy in the recording industry and how it has constricted an artist publishing of his records.

Dan Maraya was born to a musician father in the town of Bukuru nearby Jos. His father played the Kotso at the emir's palace, however, at an early age, he became an orphan and was raised by the emir of Bukuru. He later took on playing the Kotso drum inspired by his late father's career path before switching to kuntigi. In one of his early songs tagged Karen Mota, Dan Maraya sang about the young men he saw who apprenticed under transporters while accompanying the professional drivers across the North.

Dan Maraya is a member of the Performing Musicians Association of Nigeria.